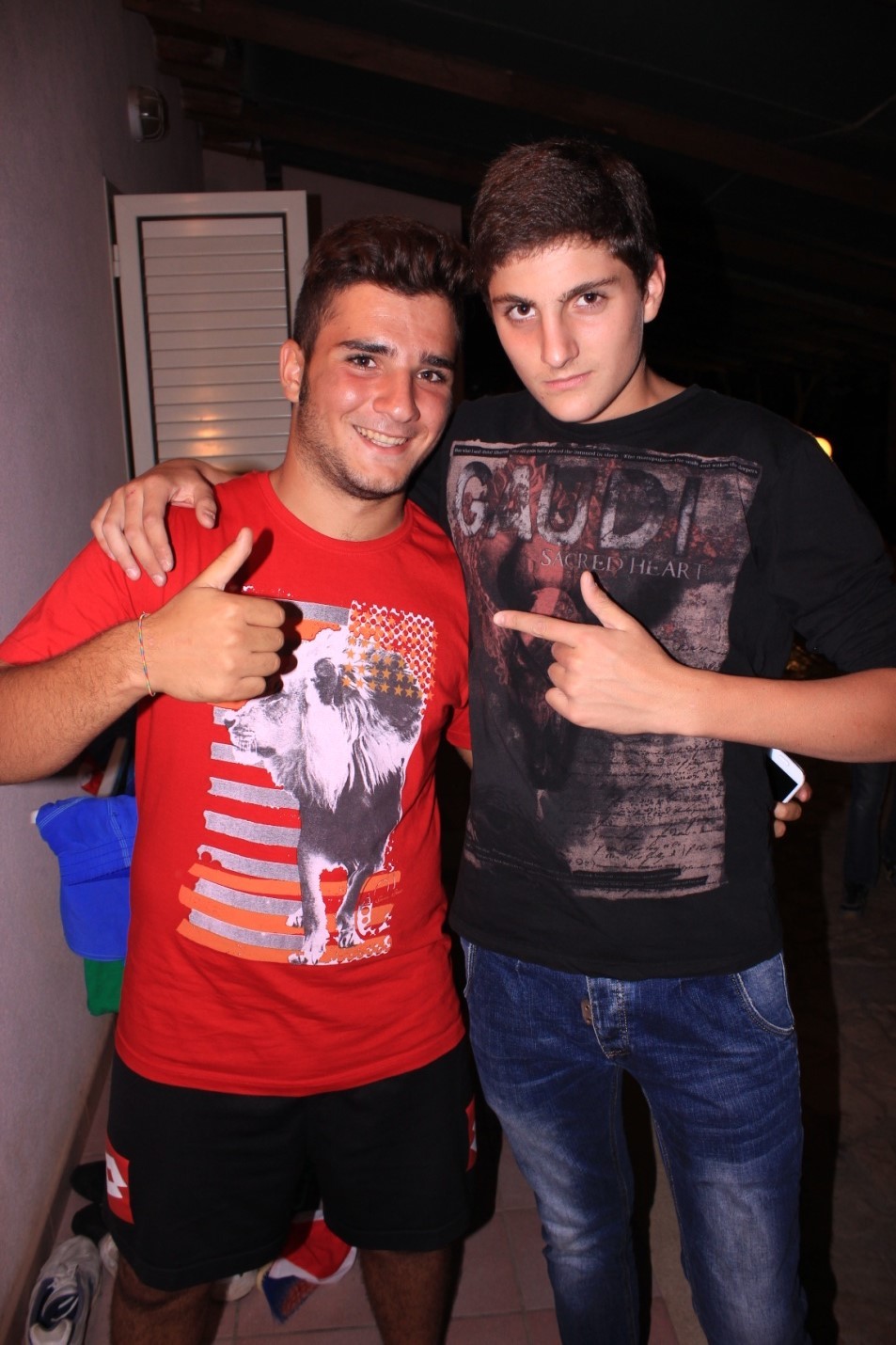 It was an evening somewhere in the middle of July. I was switching the TV channels searching for a football match when I got into the first part of the Godfather. I used to watch that movie before but this time a thought occurred to me. The story of the movie is actually quite deep and it is worth for me to read the book as well. The Mario Puzo’s masterpiece is normally read by boys in the teen age but somehow I had missed it.

The booked carried me away a lot and I couldn’t stop reading it. When the story reached Sicily and I was reading the description of this island I imagined that I were going there. A few minutes later I was checking my facebook and read an announcement in the group, which we formed at the end of one education for preparation of youth projects in the town of Bankya where I participated on behalf of the Bulgarian Fatherhood Foundation. The announcement read as follows:

„We are searching urgently for a second leader for our group for Sicily between 9-16 September – exchange under Youth in Action – must be a man. 14 teenagers from Chitalishte Iskra (chitalishte is a specific cultural institution in Bulgaria) at the age of 13-17 years are going to travel, the first leader is a teacher at the chitalishte. It’s really urgent.”

In all other cases I would neglect such announcement. It’s true that I feel like dealing with young people exactly at that age – after all this is one of the main goals of my foundation. However, I was imagining that this will happen gradually by various initiatives organized in Sofia. I haven’t led a group of youngsters to Vitosha (a mountain near Sofia) and now – Sicily? This name, however, was firing my imagination and the scent for destiny.

I contacted Mariana from the chitalishte and told her about my reaction to her announcement. I left a way out that if another application would come I could give up and that I would be searching for more signs to confirm my scent for destiny. The sign was not late. I called my wife and asked her cheerfully. “Do you know what an offer I got?” And she replied: “An offer you can’t refuse.” I remained like a numb. This was the remarkable phrase of Don Corleone from the Godfather, which was later used by his son Michael too. There was no room for doubt any longer. I was heading for Sicily as a group leader of 14 teenagers. There we were going to meet another 14 teenagers from Italian side together with their leaders.

These were 7 unforgettable days and I can’t describe them here in details. Yet, they passed under the sign of a game which I proposed for playing. It’s called “The Secret Friend”. Each of the participants was supposed to draw a small piece of paper having the name of another participant from the opposite sex. Within 2 days the guy who drew the paper had to become a secret friend for the person whose name was written there. He or she could make gifts, to support, to provide care but obeying one single rule – to remain secret until the game was over.

Unique surprises came out – gifts, letters, flowers, handmade delights, serenades under the window etc. One of our boys, I will call him Pino, did not want to play that game pretending that he had drawn his own name – something, which was obviously impossible to have happened. He reminded me of myself in the teen age. I was also thinking at that time that I was alone in this world and it would never come to my mind then that I might have a secret friend caring for me. Pino did not want to receive anything and somehow he had managed to have nobody as his secret friend.  He was mistaken though. The last evening before our departure I received a present for him by his secret friend with the request to hand it over to him upon our arrival in Bulgaria. So I did it laying all my best effort to convince Pino to keep the present and not throw it away. He put it in his bag and, at least before me, promised to keep it.

I really hope that he will do. Because a man always has a secret friend. My secret friend had left me to think during my teen years that he did not exist in order to give me his biggest present today – my capacity to give the thing which I was longing for to receive in my teen years. And giving with love is our biggest achievement as human beings. At the same time it is also receiving. Because love cannot disappear, love always comes back to those who spread it.

I will be very happy if I was somehow revealed by those 14 teenagers as their secret friend. Because I really went to Sicily more like that and not so much like a leader. I hope that the mission was successful.

So what’s the next now? I take a look to my treasure map, which I made shortly after the start of the New Year. There is a picture on it showing exactly 14 youngsters playing theatre. In Sicily I showed to the new friends of mine some improvisational games from the improvisational theatre, which I have been practicing a lot for 2 years. Improvisations were my strongest passion in my childhood before losing myself exactly in the teen age. I have recently rediscovered it. And I want to share it exactly with teenagers, in whom it is still alive – regardless of our educational system, which put the focus on our rational but not emotional development.

So the next project of the Bulgarian Fatherhood Foundation is a course in improvisational theatre for teenagers at the chitalishte Iskra. I will be happy to meet each of our incredible Sicilian group there. And especially Danny, who made me cry from laughing in Sicily. 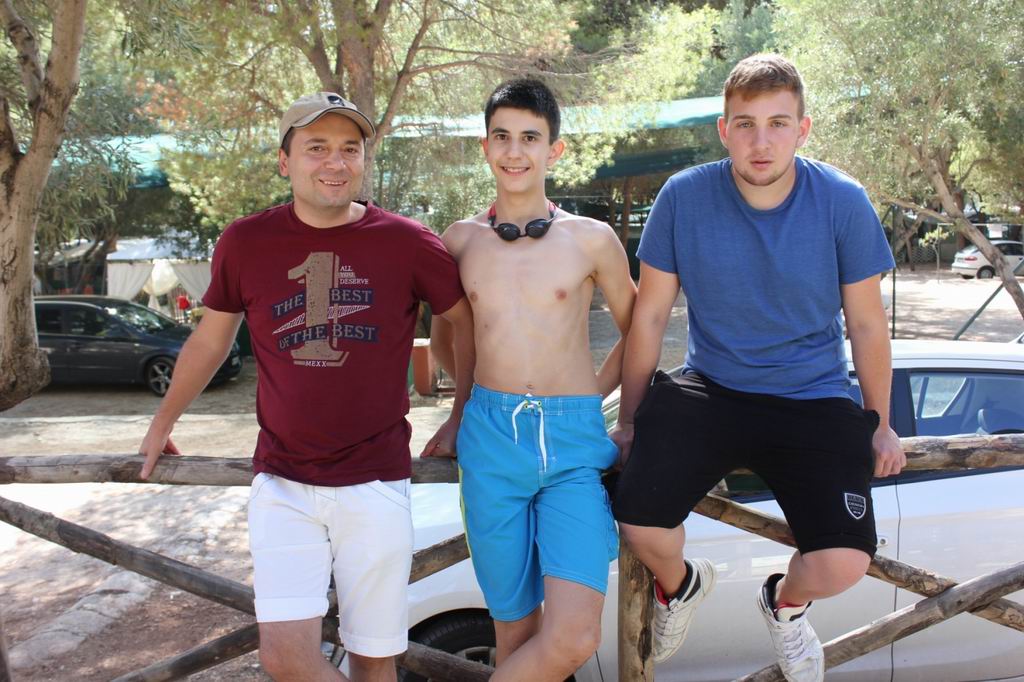